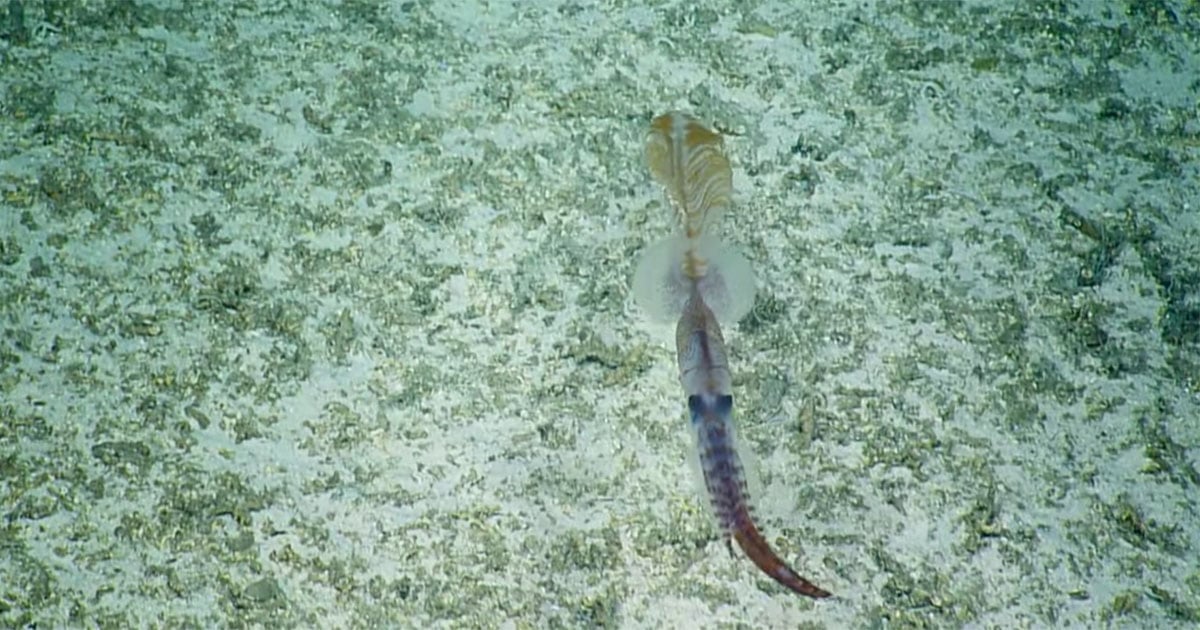 A strange-looking recently-discovered deep-sea squid species called the Asperoteuthis mangoldae squid has been captured on camera for the first time ever. The footage and the scientists’ reactions are in the 2.5-minute video above.

The marine scientists were exploring unknown regions of the ocean off Jarvis Island in the South Pacific on the E/V Nautilus when the squid was spotted at a depth of 930 meters (3,051 feet).

At first, the crew thinks they’re zooming the camera in on a fish, but as the creature is seen both closer and in better lighting, the scientists realize that they’re seeing something special. Here’s a brief transcript of the reactions heard in the video:

“Researchers think this unusual squid’s tail may help it mimic other animals, like a stinging siphonophore,” the video’s description states. “For NOAA scientist Dr. Michael Vecchione who identified the squid, the next question about this little-known cephalopod is why changing its appearance would be important for survival in the almost lightless deep sea.”

It was just last month that a different crew of marine biologists managed to capture a giant squid on camera at its natural depth in US waters.