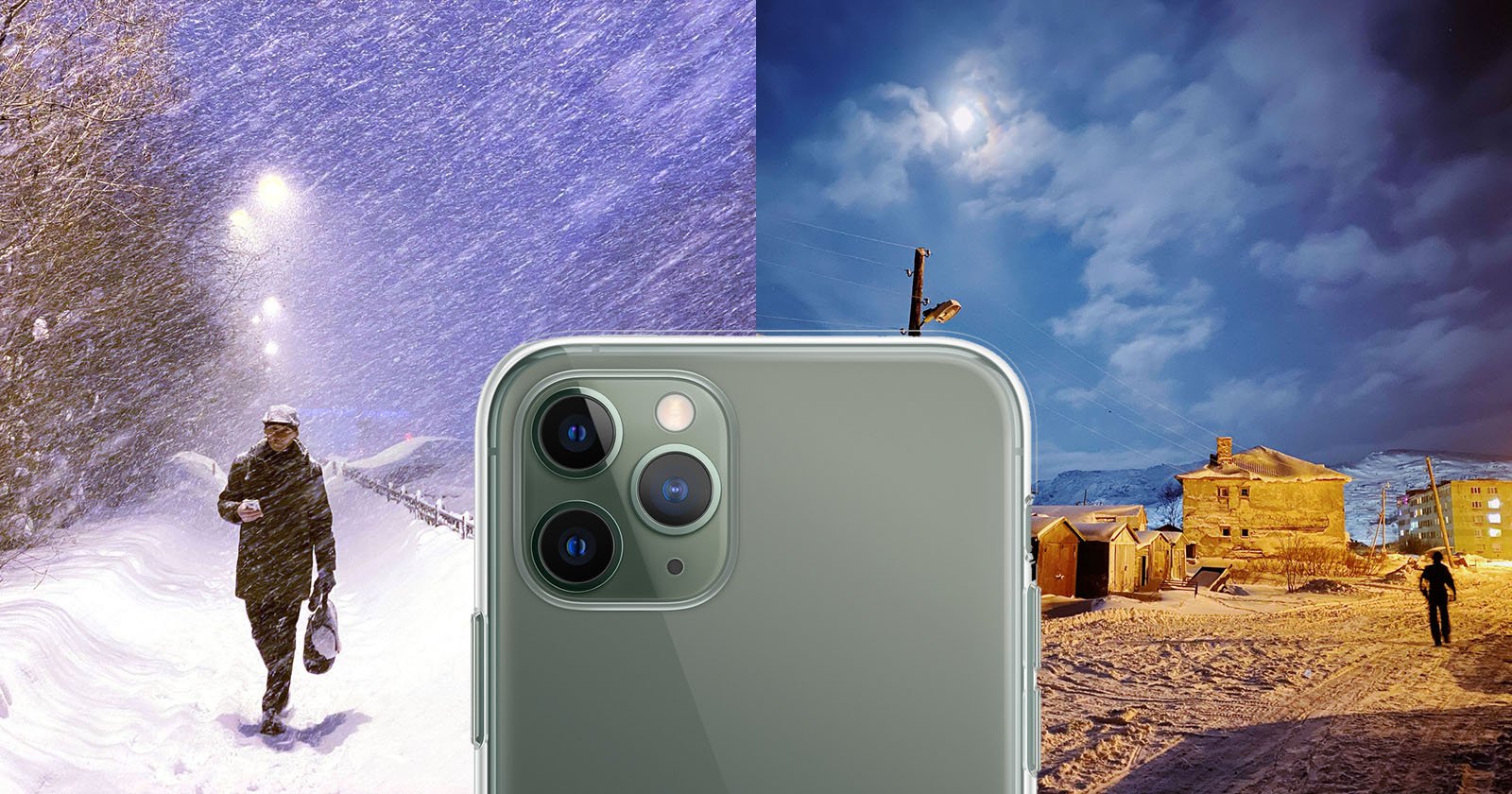 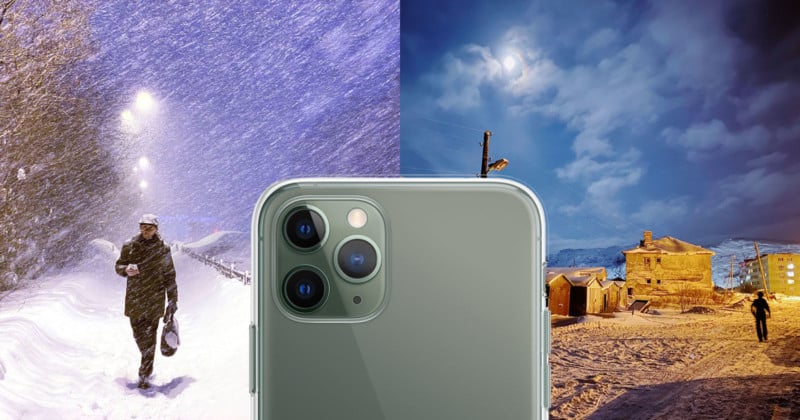 For my latest photo essay “Forty Days Of Darkness,” I bought the new iPhone 11 Pro and went to Russia’s Murmansk, the biggest city in the Arctic circle. From December until January the sun never rises over Murmansk. With the iPhone camera (most of the time) set to “night mode,” I shot life in the darkness there.

Murmansk was founded as Romanov-on-Murman in 1916 when Tsar Nicholas II sought an ice-free port that would allow war supplies to be shipped in from Russia’s allies.

Within months of the city’s founding, revolution swept the tsar from power and the city was renamed Murmansk.

In World War II, Murmansk again became vital for the U.S.S.R and its Western allies delivering materiel and aid for the Red Army. In 1941, Murmansk’s defenders held off attacks from German and Finnish forces, but the city was largely wiped out by Nazi air raids.

Most young people we spoke to said they didn’t mind the winter, when northern lights sparkle in the sky and snow covers the ground. One hotel receptionist said, “Anyway, summer only really lasts a week or two and the winter is beautiful here. I prefer it.”

In the 1990s, Russian scientists deployed a giant mirror in space to test the feasibility of bouncing sunlight back down to Earth to illuminate Arctic towns like Murmansk.

Although the initial experiment to put an “artificial moon” into orbit was a success, a second prototype suffered a mishap and, amidst the economic chaos of the late 1990s in Russia, the project had to be abandoned.

On the first morning I woke up in Murmansk, it really hit me what a revolution this generation of phone represents. I got out of bed and was rummaging through my travel case to try to find my toothpaste and toothbrush. It took me a solid couple of minutes. Then after I’d scrubbed up, I grabbed my phone and headed out the door.

As I walked down the corridor I remember thinking I’d just had more trouble organizing the equipment I needed to brush my teeth, than I had preparing for a 12-hour day of professional photography. No SD cards to check, no stacks of batteries to charge, no bag full of lenses… Total freedom.

The iPhone’s Night Mode the witchiest camera technology I’ve ever used. I still don’t understand it. I was shooting three second exposures made handheld, yet I never saw any movement blur. All of the shots I made were tack sharp.

Even more strange is that, whenever there was movement in the frame, like a person walking, or snow falling, the camera somehow froze, or only slightly blurred that movement, *while* it was soaking up light for a long exposure.

Interestingly, when the camera senses it’s on a tripod it behaves exactly like a normal camera — so during a long exposure people walking or snow falling just become faint blurs. I took a tripod with me but hardly ever used it after noticing this switch that the camera makes.

The biggest problem with Night Mode is Apple insisting that they know best — so the camera only switches the option to use night mode in very dark scenes.

With the main wide angle camera I didn’t have any issues, but for some reason the telephoto camera hardly ever switched on the option for night mode. I lost one really strong image in a railway yard that was so dark the guy I was photographing had to use a torch to find his way around, but the telephoto camera just wouldn’t let me switch on night mode. Having an arbitrary feature like that is the exact opposite of “pro” so that was a huge, hindering aspect of the camera.

The other glitch was the ghosting of the lens. Shooting at night means there is almost always some bright points of light somewhere in the frame and the little green ghost spots could be quite noticeable. But I imagine that’s something that could be easily fixed in software so maybe that will be overcome soon.

At a psychological level, shooting with a phone was a wholly different experience. I shot the photo above in an underground bar with a couple of guys drinking and passing out on their table. As I took that photo there was a bunch of fairly rough guys behind me who would have noticed me take the shot. No one much cared, but it would have felt very different if I’d had my usual M43 camera with me.

Dmitry Markov — in my opinion the best reportage photographer working today — shoots with a cellphone. That discretion of a cellphone is, I think one of the things that sets him apart.

All that said, after publishing this piece, I moved on to editing a second story I shot in a different Russian city with my M43 camera. To be able to dive into the raw files and tweak and play until I got things looking just right feels amazing too. With the iPhone, what you shoot is 99% what you end up with — the files look great straight out of camera, but they are very brittle and offer little editing flexibility.

Shooting with the phone made me realize how much further along we could be if there was more money and more competition in the camera market. I certainly won’t be hanging up my Panasonic GX9 any time soon, but shooting with the iPhone does make traditional cameras feel clunky and cumbersome in comparison.

About the author: Amos Chapple is a Kiwi photographer who makes news-flavored travel photos and writes for Radio Free Europe/Radio Liberty. He started off at New Zealand’s largest daily paper in 2003. After two years chasing news, he took a full-time position shooting UNESCO World Heritage sites. In 2012, he went freelance but kept up the travel. Since then, he has been published in most major news titles around the world. You can find more of his work on his website, Facebook, and Instagram. This article was also published RFE/RL.